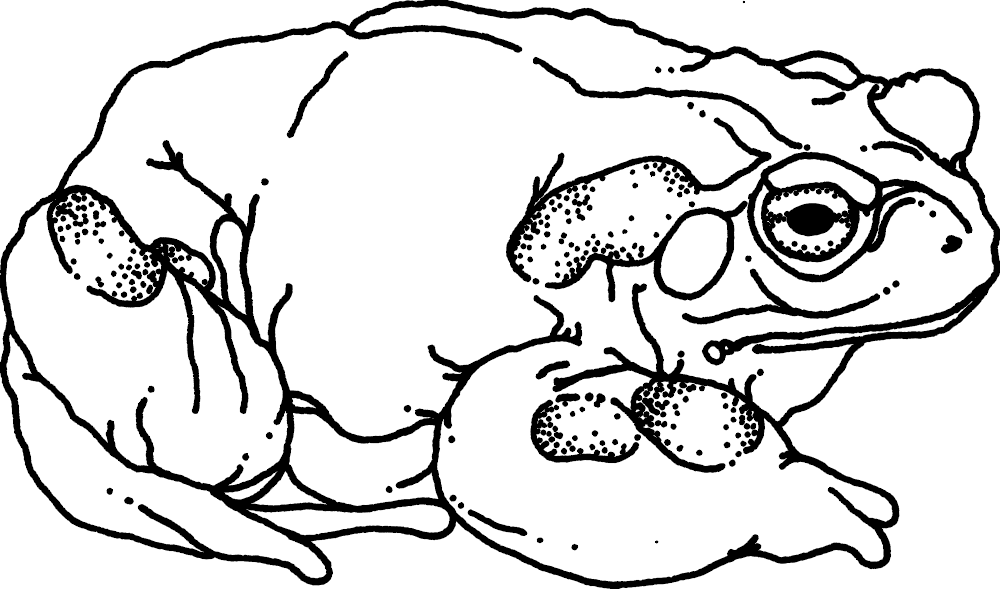 PREFACE TO THE 2021 EDITION

The original version of this pamphlet was created in 1983 by Ken Nelson (1954-2019), an environmentalist, anti-nuclear activist, artist, and independent researcher from Denton, Texas.

Ken is remembered as a relentlessly inquisitive and contrarian spirit, and a lifelong advocate for peace and environmental justice. His desire to understand the forces working against these ideals led him to enlist in the US Army Rangers in the early 1980s. While stationed near Savannah, Georgia, Ken was intrigued by an article in the August 1981 edition of Omni magazine summarizing a recent hypothesis by Dr. Jeanette Runquist concerning the possible psychoactive use of Bufo genus toads by protohistoric Cherokee groups around present-day Franklin, North Carolina.

Dr. Runquist’s hypothesis was later refuted in 2014 by Dr. J. Matthew Compton, who argued that the decapitated toad skeletons Dr. Runquist had discovered were indicative of Cherokee cooking traditions much like those documented in a 1951 compendium, "Cherokee Cooklore" by Mary Ulmar and Samuel E. Beck. The contemporary anthropological consensus is that these bones are not evidence of Cherokee use of toad venom as a psychoactive drug.

Nonetheless, Ken was inspired by the concept of a psychedelic toad and endeavored to understand a practice that he would in fact create. Ken left the army and returned to Texas, where he began an earnest inquiry into the psychedelic properties of toad toxins. In the Department of Life Sciences at the University of North Texas he encountered the work of Italian toxicologist Dr. Vittorio Erspamer, whose comprehensive chemical analysis of toad venoms showed that among the 40 species he analyzed from the genus Bufo, a single one, Bufo alvarius (syn. Incilius alvarius), was capable of biosynthesizing 5-MeO-DMT.

5-MeO-DMT was virtually unknown to the psychedelic community of the early 1980s,outside of a small number of scientific and mail-order suppliers that offered the synthetic compound. At the time the only known natural sources of 5-MeO-DMT were plants located in South America. Fascinated by the possibility of a natural source of 5-MeO-DMT in North America as well as the total absence of evidence for human use of B. alvarius toxins, Ken traveled to Gila, Arizona, during the summer monsoons of 1983, where he gathered and smoked B. alvarius venom. All known evidence points to Ken Nelson being the first person to have done so.
‍
Upon returning to Texas, Ken wrote and published this pamphlet under the pseudonym Albert Most, as part of his coursework in a technical writing class. The iconic illustrations were drawn by his friend and fellow student Gail Patterson. With the help of a few co-conspirators, Ken personally distributed the pamphlets at Rainbow Gatherings and other underground events, and then retreated from the public eye.

Ken’s identity as Albert Most remained a secret until shortly before his death in 2019 and his anonymity allowed multiple parties to take credit for his pioneering research and self-experiments. Concerned by the misrepresentation of his work and the growing use of toad-derived 5-MeO-DMT with its consequent ecological repercussions, Ken came forward to explain his story and offer a sustainable way for humanity to interact with this invaluable compound. He died shortly thereafter, following a long battle with Parkinson’s disease. This updated edition of Ken’s original pamphlet was created to honor his contributions to science and his concern for the continued survival of the Sonoran Desert Toad.